Did wireless radiation kill our son and our dog? 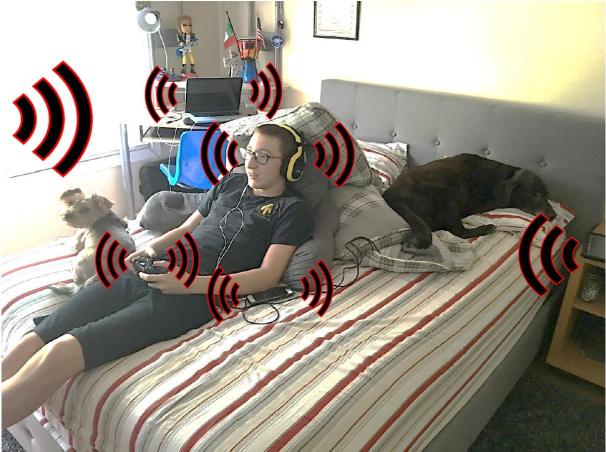 Did wireless radiation kill our son and our dog?

Did you know that our dog Leia died from cancer 6 months before we found out about Justis’ deadly brain tumor?

Leia had a tumor the size of a baseball in her head which is visible in these photos taken just before she passed. She spent most of her time with Justis in his room while he played video games and streamed his favorite shows. Justis was only 4 when we got Leia and they were such close friends.

There was a lot of wireless radiation in Justis’ room.

He played X-Box for hours. His headset and controller were wireless. The X-Box itself had an antenna in it as well.

One of Justis’ friends didn’t have a headset to communicate while they were playing so he would use his cell phone for the entire duration of the game to chat with him.

He also had a WiFi extender in his room to boost the signal from the router downstairs.

He would do his homework on his laptop prior to playing X-Box and then after playing he would use his iPad for another hour or two before bed.

Please understand that we are telling you this information with good intention.

We are positive that our dog and our son met the same fate due to our lack of understanding.

There is no wireless in our home now. Everything is wired including the computer with which we are making this post.

With love and respect,

For more info on how to stay safe at home, please visit: https://ehtrust.org/take-action/educate-yourself/ten-steps-to-safe-tech/